Which Cartoon is More Offensive?

Which Cartoon is More Offensive?

The Epic Battle Between South Park and Family Guy 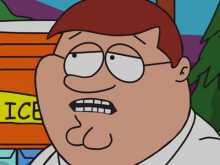 In the world of mainstream animated cartoons, there are three forerunners: South Park, Family Guy and The Simpsons. Each of these series has tried to push the limit with offensive jokes and daring storylines, but which one reigns supreme?

The Simpsons are obviously out of this race. They were once the leading crude cartoon, but in recent years, they have become much softer. Remember when "don't have a cow, man" was deemed inappropriate?

That leaves us with Family Guy and South Park - two of my favorite shows of all time. Who do I think is the most offensive of them all?

After a long and difficult research period (watching countless episodes, while eating nachos), I finally came to a decision. South Park wins the title. Family Guy has its moments, but it is defeated by the religion-bashing, race-profiling, and celebrity-farting antics of the little boys from a small town in Colorado.

Why did I come to this conclusion?

Only South Park has really pushed the envelope of what the censors deem appropriate for viewing audiences. Not allowed to say certain swear words on a cable station? South Park made a point of saying sh** 162 times in an episode, while keeping a tally on an on-screen counter. The word is now allowed on the station. Rumors that a certain celebrity may be homosexual? South Park will make sure they are "trapped in the closet" at least once.

Sure, Family Guy has its moments too. They've portrayed Irish men as drunk, cursing sailors. Pilots are womanizing sex fiends. A baby wants to kill his mother and take over the world. But, nothing is as crude as the boys on South Park.

Besides, Family Guy only has Jesus and Death as recurring characters. South Park has both Jesus AND Satan - and did I mention that Satan is gay and dating Saddam Hussein? I rest my case.

We Support
Climate Activism
Click to reach the League of Conservation Voters.
Conversation Processing Intelligence™ beta website!
Click here to visit the hub of the Klat Network.
This site is part of the Klat network of blogs, forums, and communities.

Ziplining is only fun when there's an iPod Nano involved

Don't be such a baby you stupid butterballs!

Are you scared of the Jewpacabra?

Did 'Cash for Gold' Hit the Jackpot?

South Park at Your Wedding?

Where Did My Underpants Go?